An LA native, Paul Nakauchi has worked in many facets of the entertainment industry., including theater, voice overs, television and film. He began his career in the ensemble of the “King and I’ with the legendary Yul Brynner. He was in the 1996 revival with Donna Murphy and Lou Diamond Phillips and two years, later he ascended to the throne of the “King” on London’s West End starring opposite Elaine Paige, and most recently finished a year and a half run of the 2016 Tony award winning revival directed by Bart Sher as the Kralahome starring with Ken Watanabe and Tony award winners, Kelli Ohara, and Ruthie Ann Miles. His other theater credits include the First National Tour of “Miss Saigon,” as well as the world premier of “Allegiance” the musical dramatizing the interment of Japanese Americans during WWII at the Old Globe in San Diego, where he played Tatsuo Kimura, fictional father of Star Trek’s George Takei. Most recently he was seen in the American premiere of Francis Turnley’s play the “Great Wave,” at Berkeley Rep. He has voiced numerous animated characters including,Wong in Marvel’s “Dr Strange,” Hutch in Lionsgate’s “Alpha and Omega,” Sifo Dyas in “Star Wars, the Clone Wars,” as well as numerous video games, such as “Game of Thrones,” “Pirates of the Caribbean,” “World of Warcraft, Mists of Pandaria,” “Diablo III ”where he voiced the grim reaper, Mathael and Blizzard’s most popular game “Overwatch” in which his voice inhabits the samurai archer Hanzo. Netflix’s “Carmen SanDiego’s” third season will be coming out in 2020 in which he re-creates his role of the spy instructor turned Carmen’s partner in sleuthing, “Shadowsan.” His TV credits include “ER,” “Star Trek, Deep Space 9.” Hulu’s “Deadbeat,” and his film credits include “The Great Raid,” and the Netflix American adaptation of “Death Note,’in which he plays the role of “Watari.” He has two new animated series in which he plays major roles coming out in the next 2 years, so keep watch out on Hulu and Netflix. 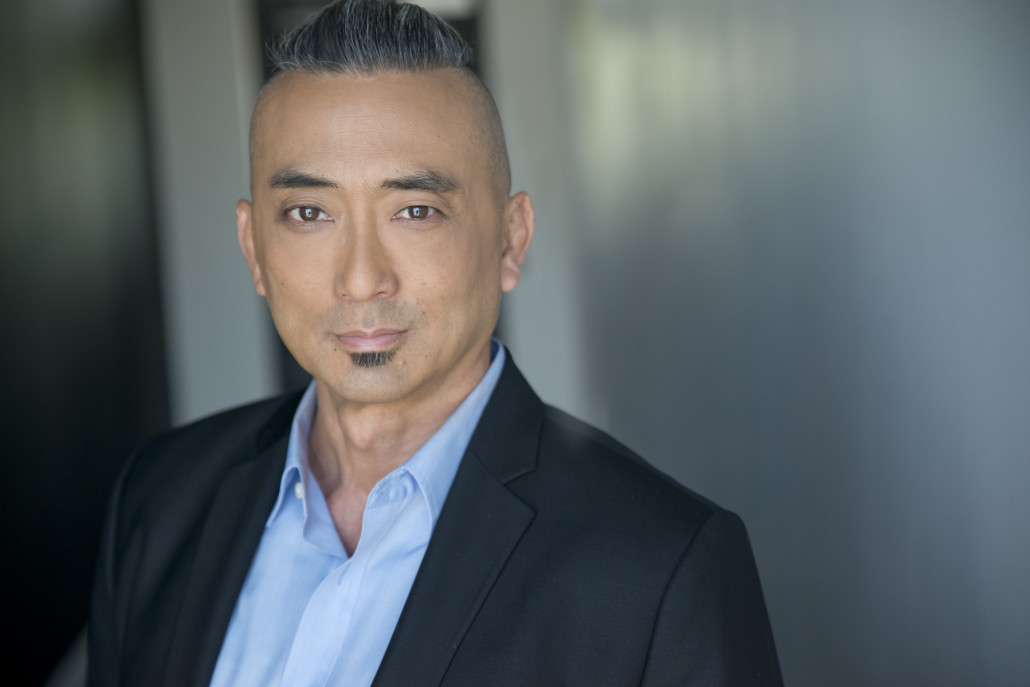